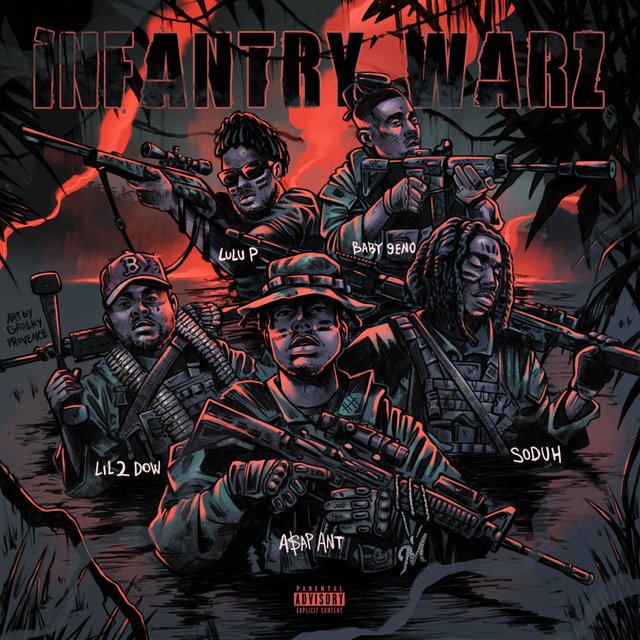 The Marino Infantry collective of A$AP Ant and his label aren’t finished delivering drops for 2021 yet. Last week, fans had the chance to listen to their new release Infantry Warz, which contains 24 tracks and includes Soduh, Ant, LuLu P, and Lil 2 Dow, as well as past collaborators including OG Don 999, A$AP Twelvyy, and Nicky Bleu contribute to the project. One of the most memorable cuts is Ant’s “Short Bus Shorty” featuring some infectious production from Lord Fubu (“Five figures, now I want a mil’, I got a condo, now I want a building”).

As the sequel to Enter The Infantry, Vol. 2 released in July, Infantry Warz follows in July’s footsteps. A wide range of top-tier visuals also emerged from the game, including “Mega Man X,” “Slap $hot,” “Inception,” “Hop Off,”“Fantastic 4,” “One More Chance,” “Ms. Daisy,” “Marino World,” “Mr. Feeny,” and “Albert Wesker” and Soduh’s follow-up was a nine-track compilation featuring Icce and LuLu P, as part of his Gatoraide series. The work ethic of this group and solo artists implies that several more LPs will be released in 2022.

In an appearance a few months previously, Ant & Co. discussed taking notes from Jet Life and Griselda about how to make his outlet stand out from others.