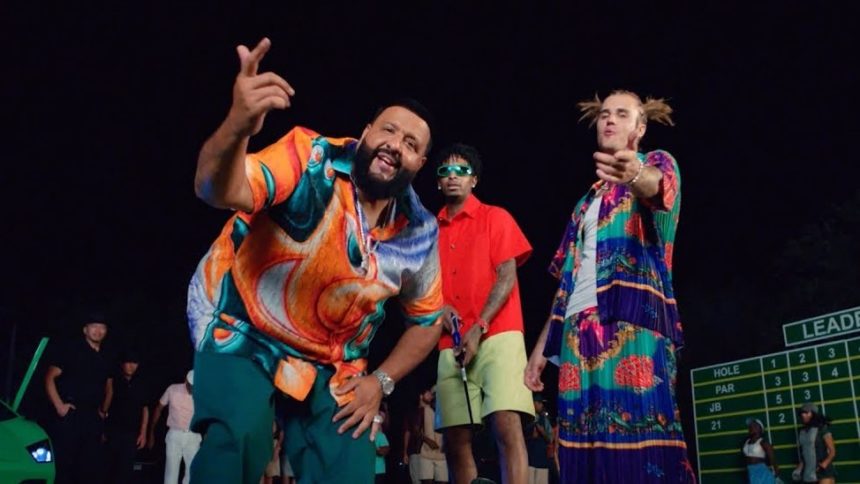 A month ago, DJ Khaled released his twelfth studio LP KHALED KHALED, featuring 14 tracks and assists from Lil Wayne, Jeremih, Lil Baby, Lil Durk, Cardi B, H.E.R., Migos, Rick Ross, Diddy, Drake, Megan Thee Stallion, Post Malone, and more. Just recently, it was also revealed that he managed to attain his third number one with KHALED KHALED, with the sale of 93,000 first-week album equivalent units. Before this, he enjoyed the same achievement with Major Key and Grateful in 2016 and 2017, respectively.

Now, the Miami-based star maintains the pace with the release of a new video for “LET IT GO,” featuring 21 Savage and Justin Bieber as the artists discuss things outside of their control.

The video for the cut produced by Al Cres and SkipOnDaBeat comes courtesy of Colin Tilley, and pays tribute to the classic film Happy Gilmore as they chill on the golf course. Bieber and 21 Savage are seen engaged in a competitive game in front of a crowd, and at one point, Khaled fights off an alligator while the audience gets shocked. Similar to other videos from KHALED KHALED, “LET IT GO” involves many product placements.