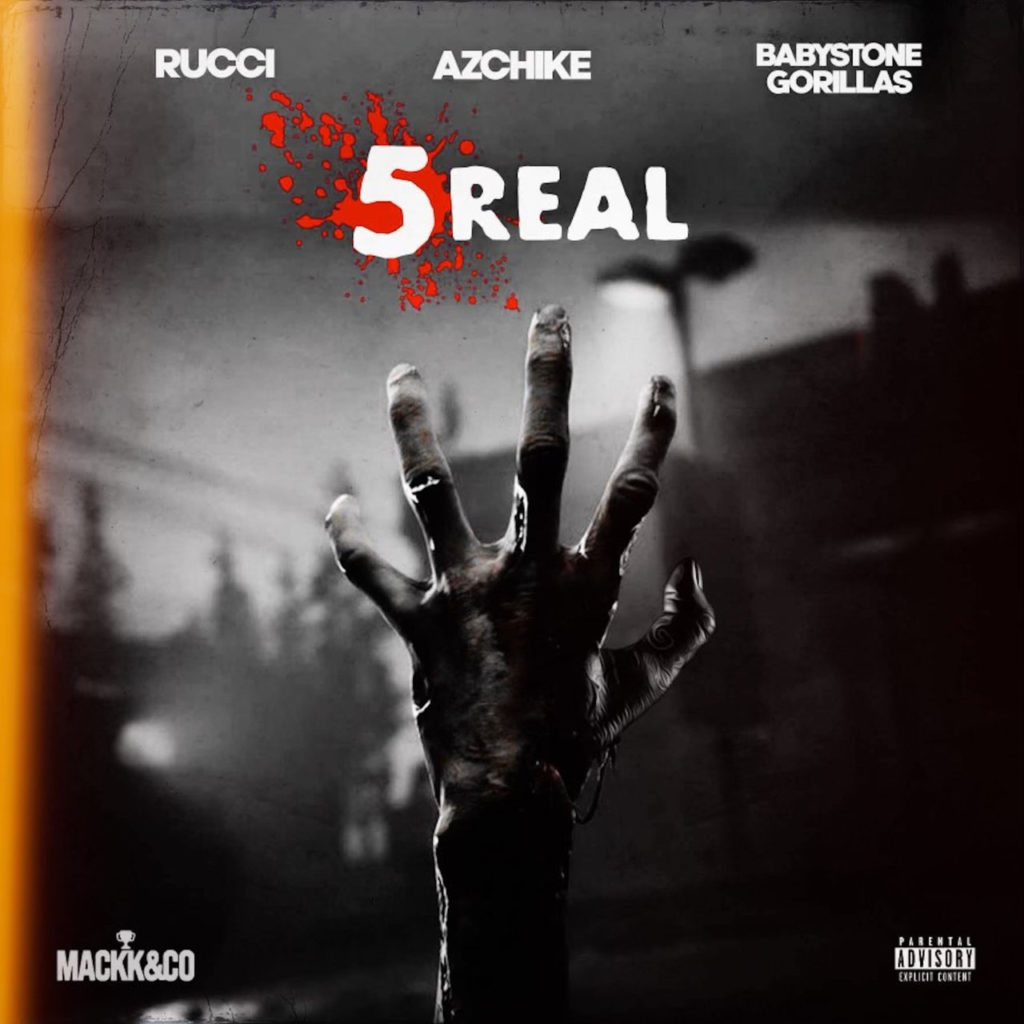 The two artists collaborated on a joint project called Kourtesy of us back in October. A total of 21 songs were included on the compilation, featuring artists like AzSwaye, Pjay, Capolow, Kamaiyah, Haiti Babii, Kalan.FrFr, Cypress Moreno, and more. In the months that followed, the duo released high-energy visuals for tracks like “Depend On Me” and “After Party.

Having dropped off some music together previously, the two California artists have returned to collaborate on their newest release “5Real.” BabyStone Gorillas is featured on the track as well. It is Rucci who sets the mood with the song’s opening verse:

Rucci has dropped several projects this year, including Back on My Dawg Shit, Black N Brown Pride and the recently released Kourtesy of Us. AzChike contributed to cuts such as “Fuego” with Capolow, “Skylar Diggins” Holland Izz and Alonzo Fibonacci, “Trap House” Yak Yola, and a single of his own was dropped like “Uncle Sam,” “Ya Know,” and “This Moment” with Peysoh.

In a recent interview together, AzChike and Rucci discussed their working relationship, as well as what they have witnessed together. “What drives me crazy is, Chikeand me, we’re young n***as, but we like young OGs,” said Rucci. „We were in the game before all this crap was going on. We did not have streaming services when we were growing up. Chike and I are probably rummaging through the trunk at the moment to find the CDs. “We would have to return to the streets to do that, and we know how to do it.”